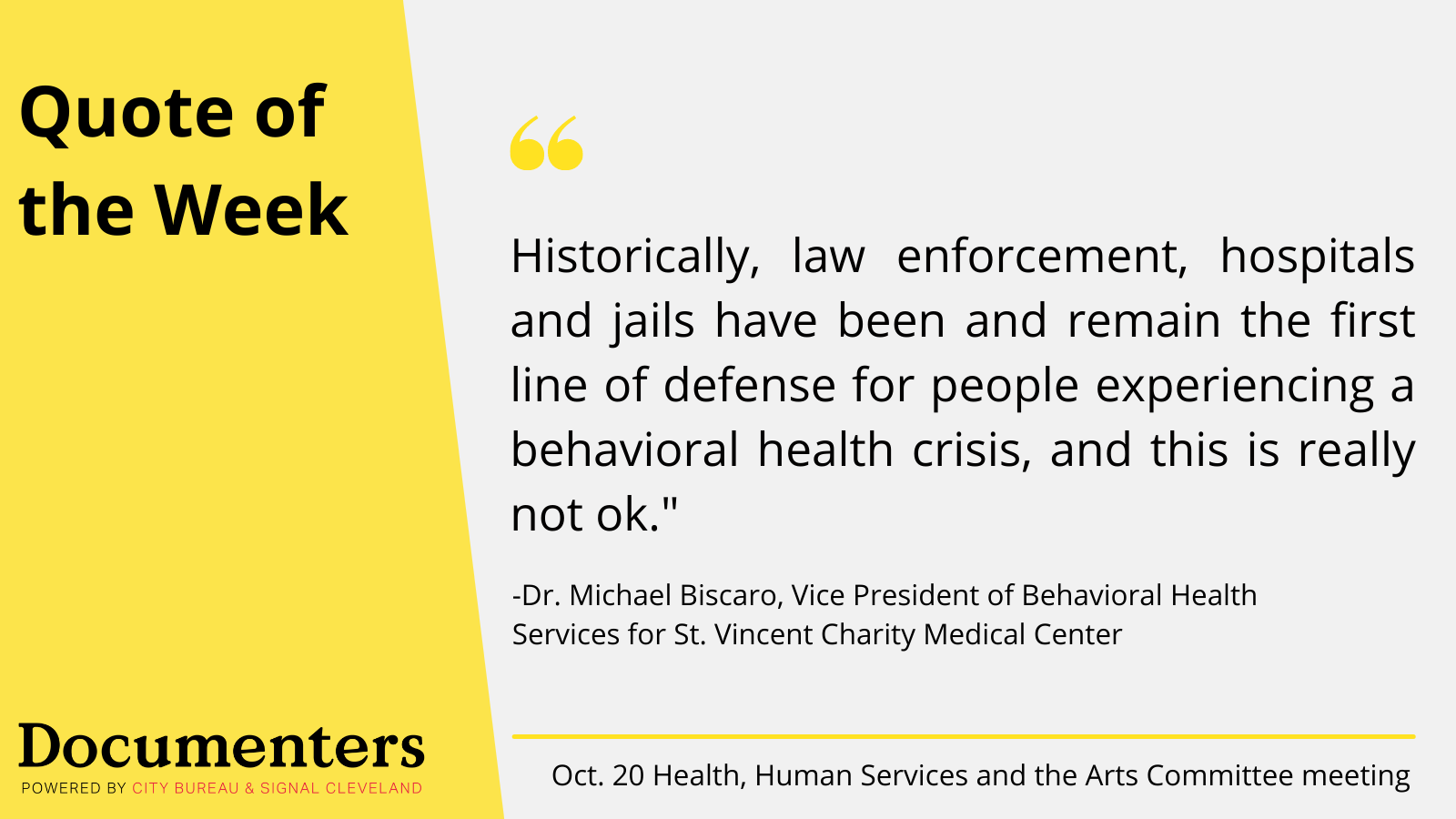 Officials disagree on use of lead-safe funds; zoning map changed

What happened: The committee held legislation that would send $5.5 million to the Department of Community Development. The money would be used for residential lead abatement grants. It would come from $17 million of American Rescue Plan Act (ARPA) funds that council previously allocated to the Mt. Sinai Health Foundation for use by the Lead Safe Cleveland Coalition. Council members and administration officials disputed whether coalition leaders were on board with this change. Committee Chair Anthony Hairston held the legislation until coalition leaders could weigh in. Council’s Finance, Diversity, Equity and Inclusion Committee amended and advanced the emergency ordinance in its Oct. 24 meeting. It was unclear how they resolved the dispute. Here’s how the $17 million will now be distributed: $3 million will go to Community Development, $1 million will go to the Department of Law to increase prosecution against lead-safety violations, and Mt. Sinai will get the remaining $13 million. Full council passed the legislation on Oct 24.

Zoning change: The committee also advanced a change to the zoning code in an area of Ward 14 next to the MetroHealth Medical Center. The change would accommodate affordable housing and mixed-use development. Council also passed this legislation at its Oct. 24 meeting.

Learn more about the Lead Safe Cleveland Coalition on its website.

What happened: Ward 12 Council Member Rebecca Maurer read the statement of a Cleveland Public Power (CPP) worker. She said the worker couldn’t sign up to speak because of a hiccup with registering. The statement detailed concerns about equipment and short staffing at CPP. It said workers are leaving for higher wages and a better work environment. “Problems are easy to come by, and solutions are not. We are here today with solutions if the city is willing to listen,” Maurer read from the statement.

Support for veterans: Walter Collins is a veterans representative with the Rid-All Green Partnership. He made a public comment in March that criticized the city’s lack of services for veterans. He returned last week to thank Mayor Justin Bibb and Senior Advisor Angela Shute-Woodson for meeting with him regularly since that comment. He also thanked Ward 5 Council Member Richard Starr for his support. He urged council members to support and engage veterans. “What we’re trying to do is address those veterans before they have to go the VA Hospital or before they end up in Veterans Court.”

City Council’s registration period for public comment begins at 12 p.m. on Wednesday. It ends at 2 p.m. on Monday, five hours before the weekly meeting. Learn more with our one-page guide to public-comment registration (Note: parking is now free on Mondays after 5 p.m. on the top deck of the Willard Garage).

What happened: Cleveland Housing Court Administrator Samantha Coleman said the court plans to continue to hold virtual hearings. She said the court does hear criminal cases in person. Ward 8 Council Member Mike Polensek asked if the city will install more stations where people can connect virtually for hearings. There has been one since July at the South Branch Cleveland Public Library in Ward 14. Coleman said another station is set to open at an East Side library later this year.

And also: The committee advanced legislation to purchase new firefighter gear. Full council passed the law at its regular meeting later that night.

Need legal help related to housing? Contact the Legal Aid Society of Cleveland to learn about your options. 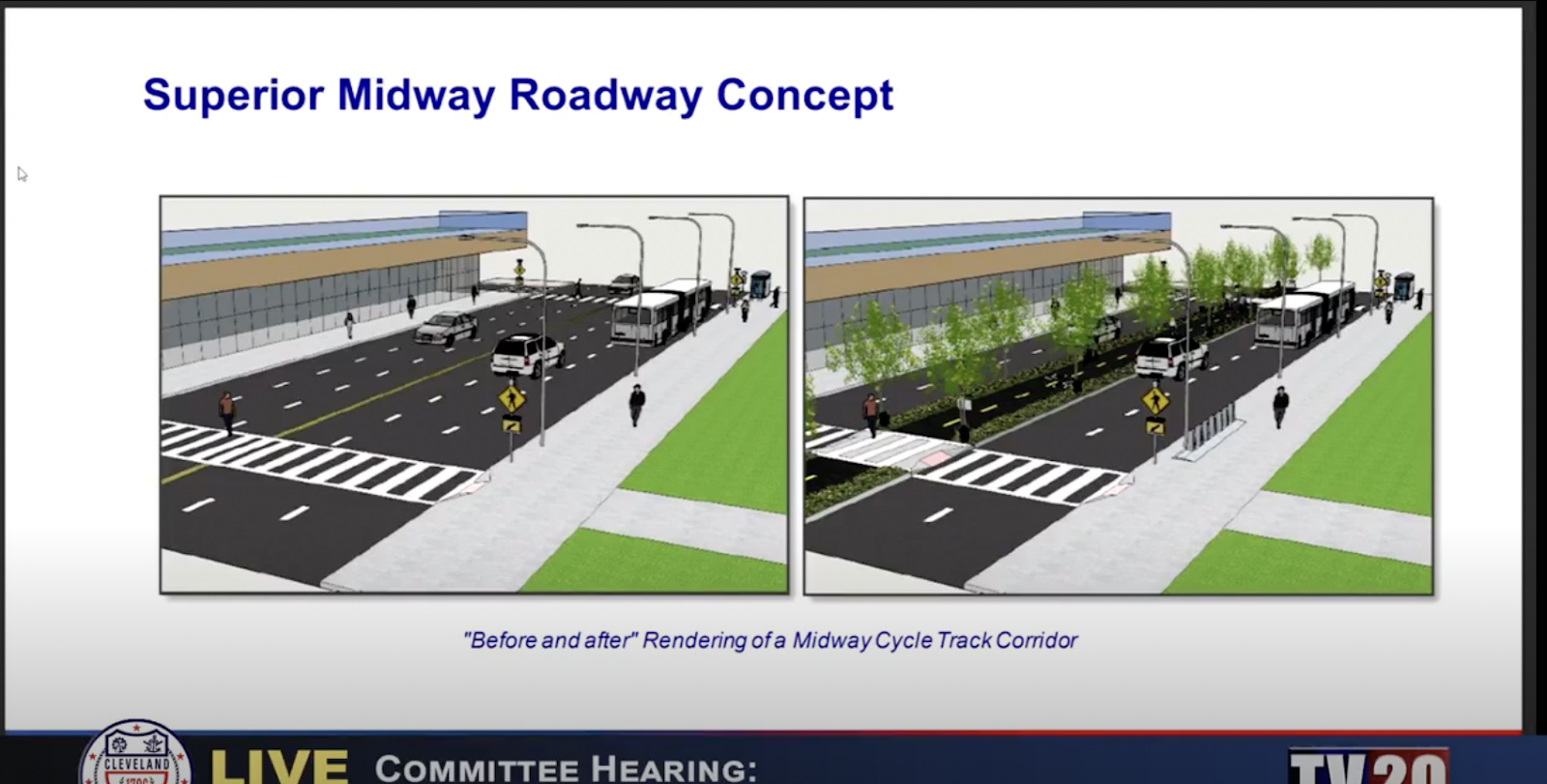 What happened: Administration officials updated the committee on efforts to support walking, biking, scooting, and public-transit use. One program involves creating protected bike lanes on Superior Avenue between Public Square and E. 55th Street. Another would add protected bike lanes on Lorain Avenue between W. 20th and W. 65th Streets. Ward 17 Council Member Charles Slife said the city should consider projects beyond downtown and adjacent neighborhoods. Director of City Planning Joyce Huang said the city is prioritizing neighborhoods on the East Side.

Costs increase for plane de-icer: The committee advanced legislation that would allow the city to pay more for chemicals used to de-ice planes. The city is in the final year of a three-year contract with Nachurs Alpine Solutions, LLC. The contract expires in November 2023, said Port Control’s Dejan Radosavljevic. He said the vendor is asking the city to pay 40 to 50 percent more than anticipated. The vendor won’t continue to sell at the original price, according to Radosavljevic. Ward 16 Council Member Brian Kazy said the city should take a stand. He said vendors “can’t keep holding the city hostage” with price increases.

Curious about council’s legislative process? Check out our one-page guide.

Behavioral health care: St. Vincent officials also discussed plans for its new health campus. The campus would surround the hospital. Susanna Krey, President of the Sisters of Charity Foundation of Cleveland, said green spaces and food security are among residents’ concerns. Dr. Michael Biscaro, Vice President of Behavioral Health Services, said they need to rethink response to people experiencing a mental health crisis. “Historically, law enforcement, hospitals and jails have been and remain the first line of defense for people experiencing a behavioral health crisis, and this is really not okay,” he said.

Oct. 19  – Cleveland Board of Control
Covered by Documenter Kellie Morris

What happened: The board amended a contract with Avaap USA. The company aids in route management for city vehicles. The services cost $150,000 per year under the original contract. The amendment changes the cost to $350,000 per year.

Times changing at West Side Market: Restorations to the clock tower at the West Side Market are coming. The board amended a contract with a vendor to include additional architectural and engineering services. Total compensation for this contract is now nearly $963,000.

The Cleveland Board of Control consists of members of the mayor’s cabinet and leaders of city departments. City Council passes some legislation that authorizes the city to enter contracts for various services. In some cases, council leaves vendor selection or compensation to be set by the Board of Control. The board makes those decisions in this meeting. It also votes on the sale and purchase of land parcels.

EMS and co-responder data: The subcommittee discussed what to include in next year’s report. Community advocate and Documenter Rosie Palfy said the report should include data from incidents involving emergency medical services (EMS) and co-responders.


Civic Term of the Week: 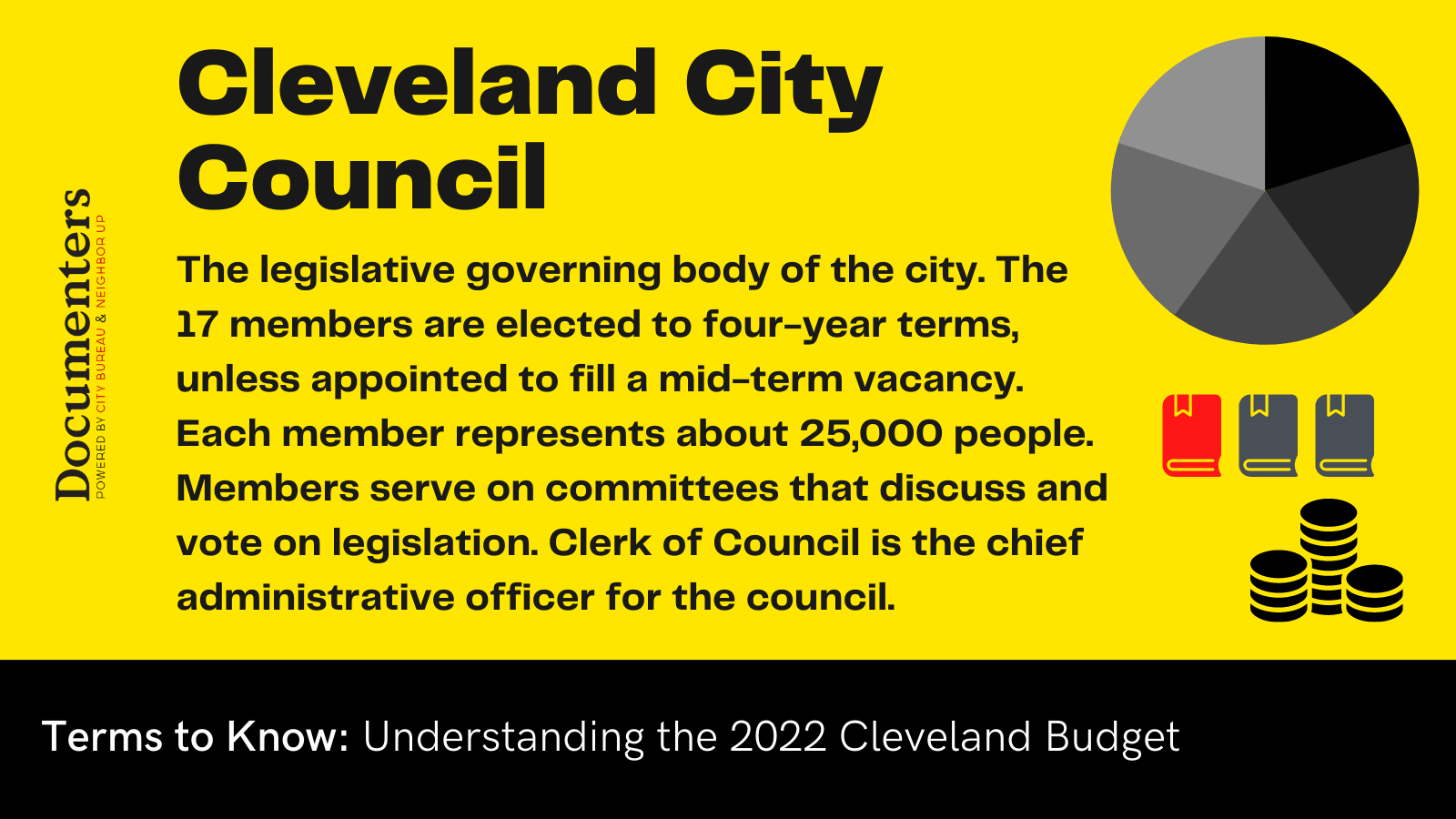 Curious about more local-government lingo? Check out this glossary of terms from Signal Cleveland’s Paul Rochford.

A look at the meetings Documenters are set to cover the week of Oct. 24. Board denies use of West Park building for event space; community members ask for school security