The May 3 election–with no city office races–did not cost Cleveland a penny. But how about the 2021 elections? The question of what it cost to hold them came up in a March budget hearing. Documenter Kellie Morris wondered about that and more inspiring this #CLEDocsAnswers. 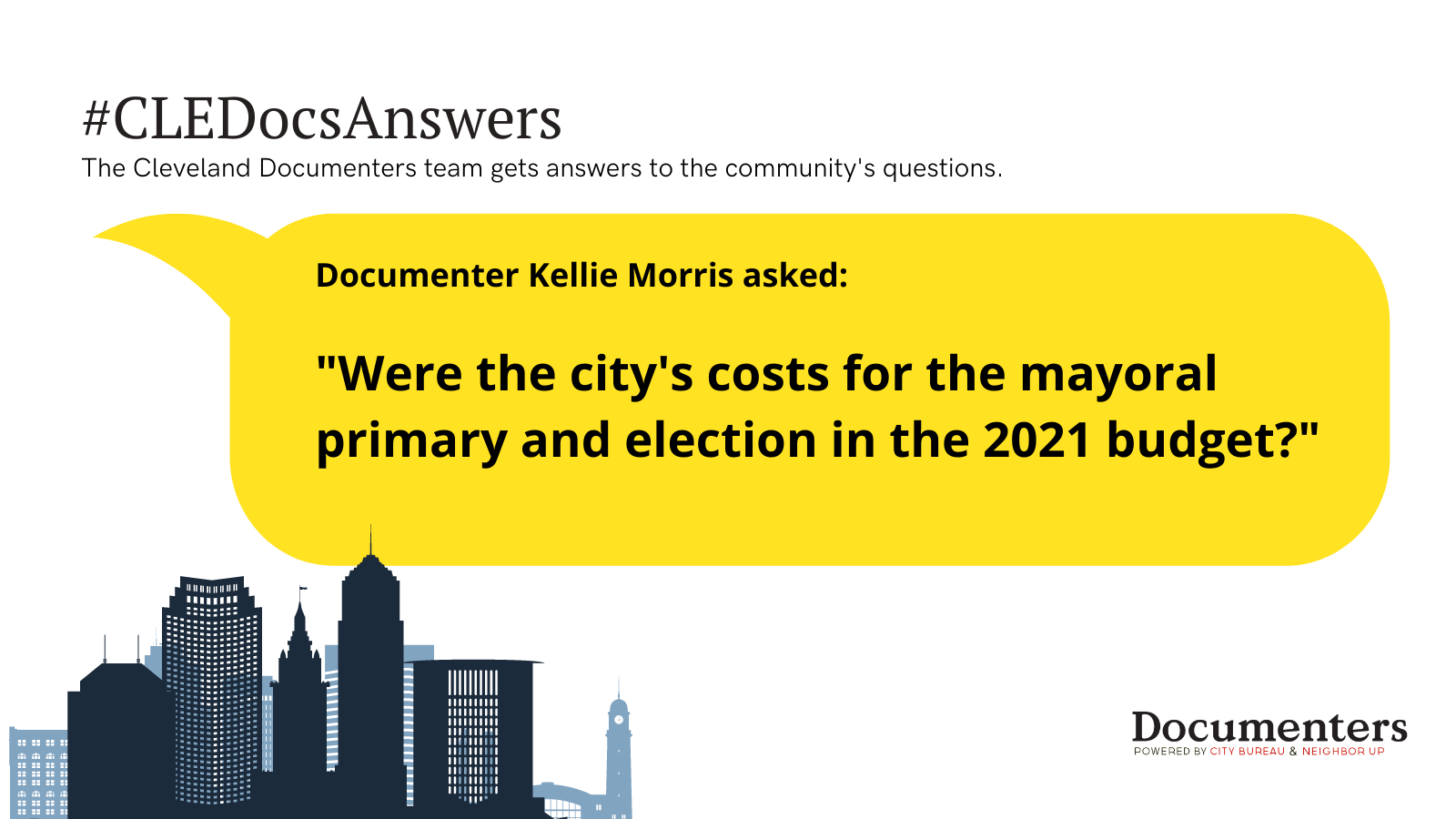 The short answer to Kellie’s question is no. That’s because election costs are budgeted for in the year after they occur. The city set aside $2 million for 2021 election costs in its 2022 budget, which Cleveland City Council passed in March. 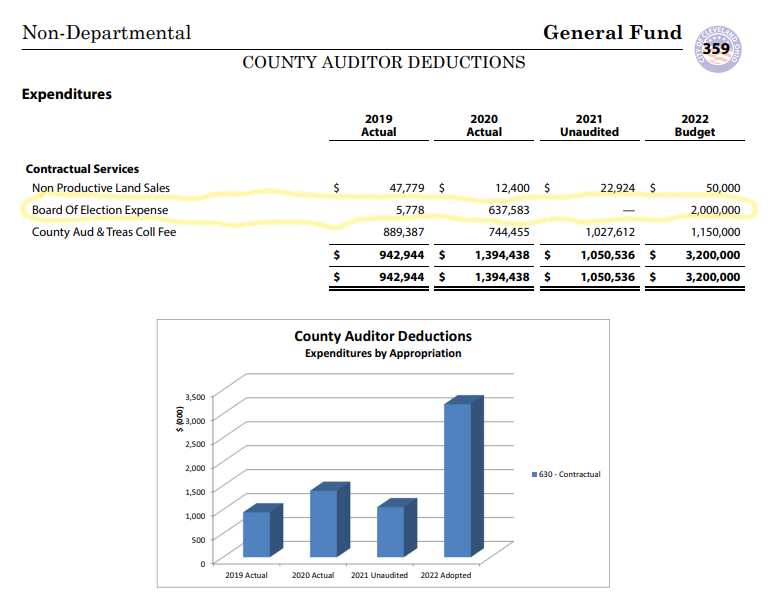 Council Members Kris Harsh (Ward 13) and Joe Jones (Ward 1) asked in the March 3 meeting about the actual cost of the 2021 citywide elections and wondered what sort of expenses are tied to them.

The total cost to the City of Cleveland for holding its 2021 elections was $1,167,954.65, according to records  provided to Cleveland Documenters by the Cuyahoga County Board of Elections Fiscal Office.

Costs for holding elections include ballot printing and mailing services, advertisements, wages for workers and more.

Here:  are the countywide costs for each service needed by municipalities for the September 2021 primary election.

And here:  are the countywide costs for each service needed by municipalities for the November 2021 general election. Note: these are total costs for election services needed throughout the county.

Officials in the March meeting also discussed how the city covers the costs. Cleveland Chief Financial Officer Ahmed Abonamah told Cleveland Documenters the city doesn’t send a check to the county; rather, the county withholds property taxes set to be distributed to Cleveland in the amount of the costs.

“Every four years, when we have a mayoral election, our payment obligation to the county spikes,” Abonamah said.

He said if the city budgeted for more than the actual cost, the remaining balance could be released as unencumbered cash and spent on something else at year’s end. 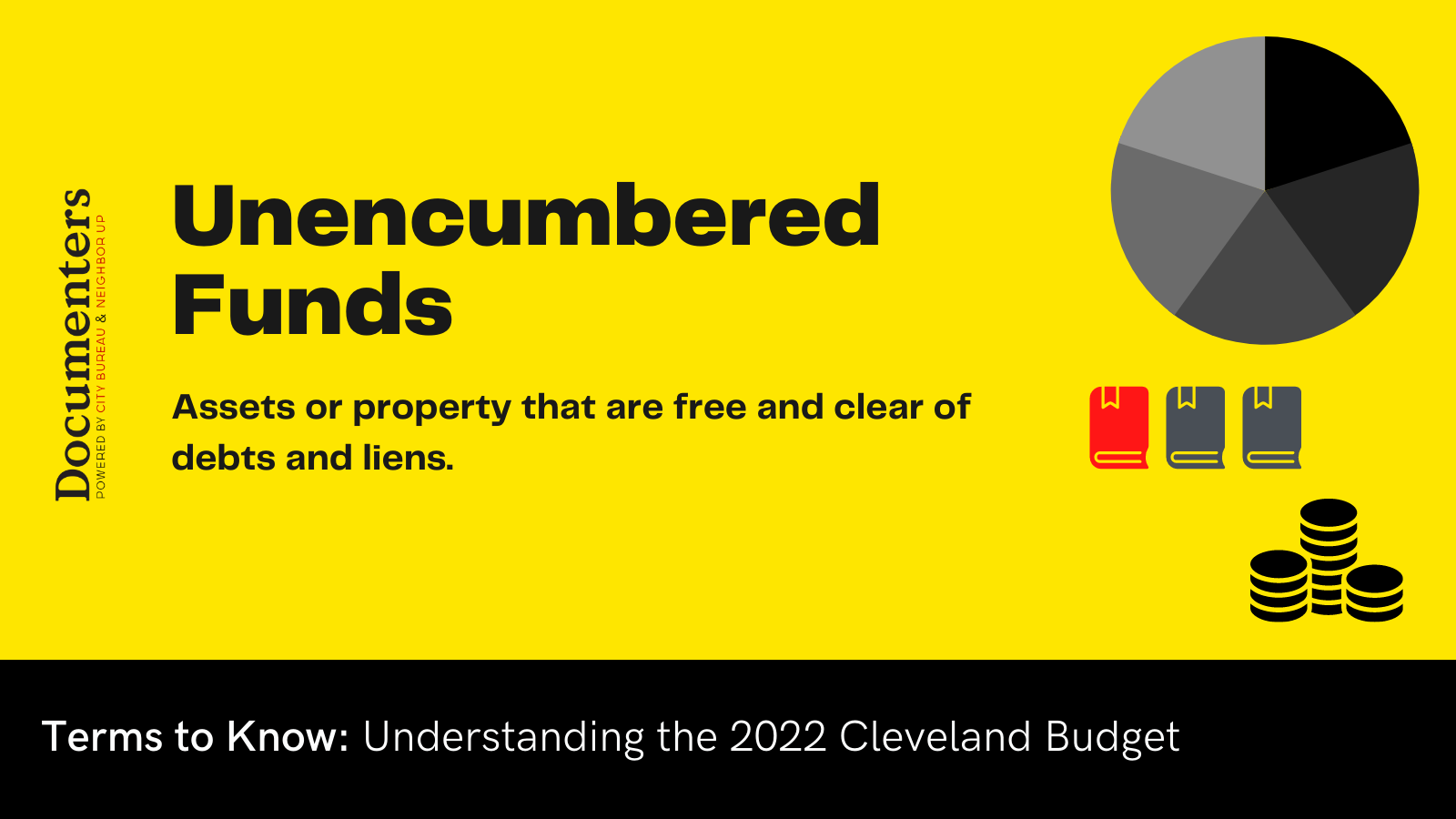 Check out Kellie’s notes on the March budget hearing to learn what else was discussed. And find all Cleveland Documenters coverage of local government meetings here.

You can find the “Unencumbered Funds” flashcard and others by clicking the hyperlinked terms in this  Local Government Glossary from Cleveland Documenters’ Paul Rochford.